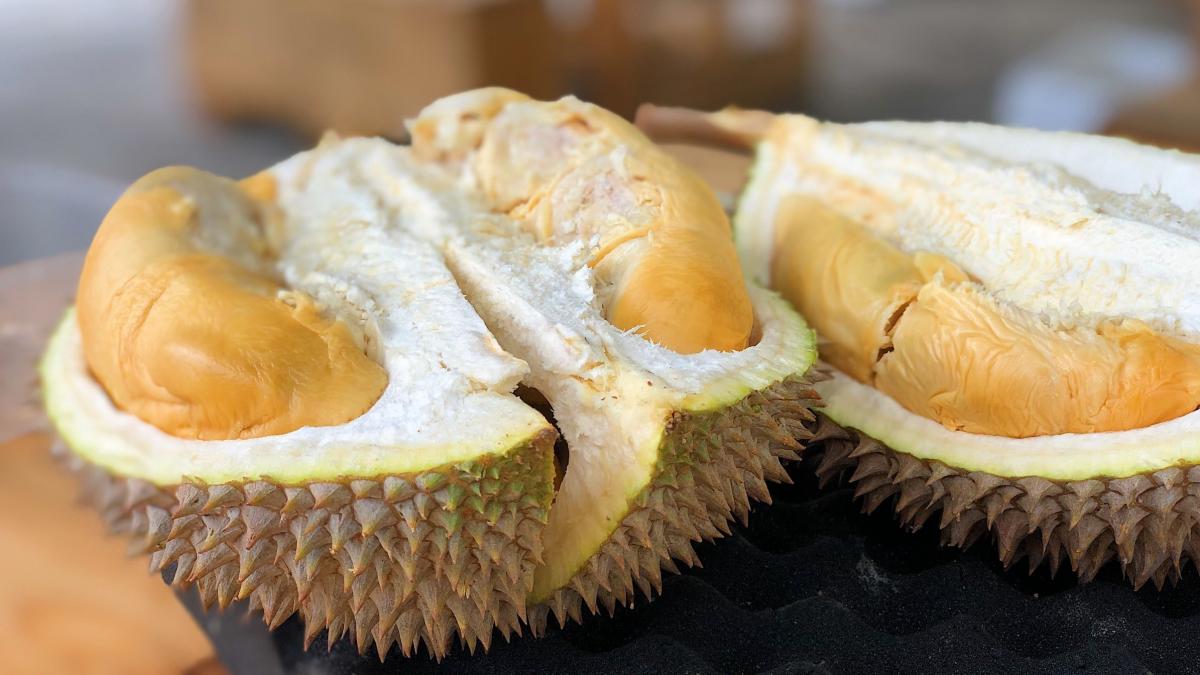 Less than a month after signing an export and exclusive distribution agreement with China’s COFCO, Malaysia’s durian industry finalized another agreement on its durian sales in China—this time with Beijing’s Xinfadi wholesale market. On Dec. 1, Beijing Xinfadi Agricultural Products Co Ltd. and the Malaysia International Durian Industry Development Association (MIDIDA) signed and released the “China-Malaysia Durian Market Strategic Cooperation Agreement.” The agreement was inked in Kuala Lumpur and Beijing, where industry representatives gathered to hold an online conference on strategic collaboration between the two countries on trade in durians.

Due to China’s phytosanitary regulations, only frozen and processed durians are allowed to be exported from Malaysia to China at the moment, meaning the agreement will not directly impact China’s imports of fresh durians.

The agreement marked the first ever partnership between Malaysia’s leading durian enterprises and Xinfadi. According to the cooperation agenda, MIDIDA will initiate the analysis and selection of three to five planting businesses—based on the scale of production, brand reputation, export qualifications and other factors—which will become a supply base for Xinfadi in Malaysia. In the meantime, both the sides will commence setting up a Malaysian durian distribution hub at the Xinfadi wholesale market in Beijing, where sales will be run by expert traders selected by Xinfadi. The parties moreover plan to establish China’s first Malaysian durian experience center, which will provide real-time video streaming to fulfill demand from China’s boom in live e-commerce broadcasts.

Commenting on the collaboration with Xinfadi, MIDIDA chairman Fang Ming emphasized the potential of China’s market, where the import value of fresh durians has surpassed that of cherries, with demand remaining incredibly high since 2019. He said that Malaysia’s durian exports were hindered by the lack of a streamlined process, causing it to lose out in the market share to Thailand and Vietnam. He stated that the collaboration will improve branding and quality control to help Malaysian durians retain and strengthen their market position in China.

Malaysia’s business representative, Dking founder and managing director Simon Chin, emphasized the technological advantages of his country’s durian industry as related to quality control. “We have the latest technology to improve the quality of frozen durians that are for export,” he said. ”This includes the liquid nitrogen fast-freeze technology which is used to preserve the durian’s texture and taste for up to 18 months.”

Xinfadi currently supplies China’s capital city with about 80% of its agricultural products. Apart from the Beijing wholesale market, Xinfadi has in recent years opened 18 branch markets throughout China. Xinfadi is reported to own over 200,000 hectares of growing areas domestically and around 20,000 hectares abroad. For its part, MIDIDA brings together Malaysia’s durian businesses and industry related experts, functioning as a platform to define the country’s durian standards and build strong connections domestically and globally, as well as boost durian sales worldwide.