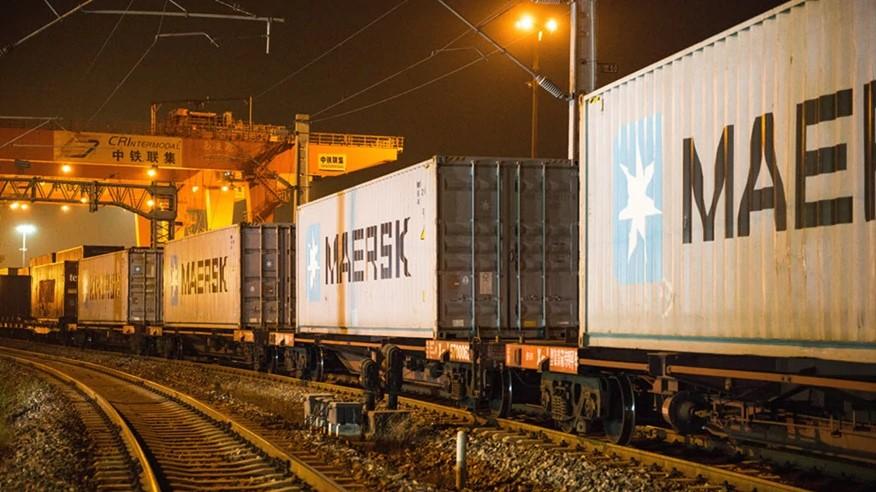 In a statement, Kasper Krog, head of intercontinental rail at Maersk, said “After having successfully launched our Intercontinental Rail (ICR) service from China to Europe three years ago we have seen increase in demand by our customers for this particular service from different locations across both Asia and Europe. Due to its strategic geographical location, wide industry sector as well as all ambitious initiatives taken by the government to improve the rail infrastructure across the country we decided to launch ICR in Turkey not only for those companies located within the country but also as a link between Asia and Europe.”

In a press release, Maersk wrote “This unique rail service is ideal for customers within the automotive and technology industrial verticals in Turkey and other segments which are in high need of fast delivery to market. Due to a well-connected rail system across the country ICR is providing its customers with connections to Black Sea, Eastern Europe and Southern European countries via the port of Korfez in Izmit, by using feeder network of Sealand a Maersk Company.”

The question now is whether this will be beneficial for the fruit trade between China and Turkey.

Turkey is one of the biggest cherry producers in the world, and its cherries are the only fresh fruit for which the country has received market approval in China. However, Turkish cherries have never performed well in the Chinese market. Aside from shortcomings with respect to infrastructure and management, a reliance on air freight, which has insufficient capacity between the two countries, has also been a major limiting factor.

If going by sea, Turkish cherries would need to cross the Mediterranean Sea, the Suez Canal, the Red Sea, the Indian Ocean and finally the Strait of Malacca before reaching major Chinese ports. The entire journey takes roughly 35 days, a big test for Turkish cherries, which are not known for exemplary post-harvest processing. Although air shipments typically require only five days, prohibitive freight costs and insufficient capacity pose major challenges.

By our understanding, specific times for the ICR service will be determined based on the rate of usage. Whether this new freight service will be beneficial to Turkey’s cherry exports this season remains to be seen.