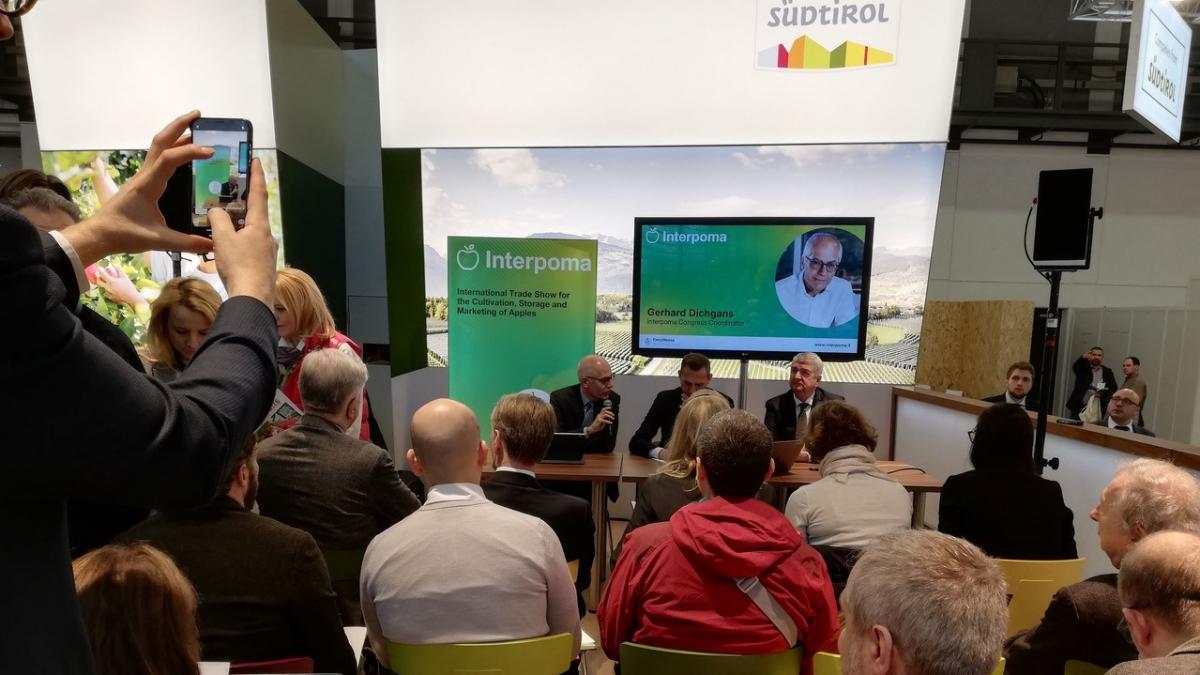 As we enter a new decade, the world of apples is in a state of flux. Traditional varieties that have characterized the global market for decades are now struggling to win an audience, while many promising new varieties are beginning to take center stage.

Against this backdrop, preparations are underway for the 12th edition of Interpoma, the world’s only trade show dedicated entirely to the cultivation, storage and marketing of apples. This year’s event is scheduled to take place on Nov. 19–21, 2020, in Bolzano, South Tyrol, Italy. In addition to the original Europe-based exhibition and congress, for the last three years Interpoma has also run a successful Interpoma China event, initially based in Weihai before relocating to Shanghai in 2019.

Over 20,000 experts from the global apple sector are expected to visit Interpoma this year — the last edition in 2018 saw 70 countries represented — and the event program is already beginning to take shape. Reflecting the changes in the apple industry today, the central theme of this year’s event is varietal innovation. In recent times, new varieties of apples have been entering the market with great success, many of them protected by a varietal patent and marketed under their own brand. New taste profiles and superior sensory characteristics are shifting consumer choices toward these new varieties, with a major impact on the market.

To further encourage this innovation, Interpoma has announced a brand-new addition to the event lineup: the Interpoma Award, a prize to honor innovative ideas and projects in the global apple business. The award will be presented during the trade show and every two years in the future. In keeping with the main theme, this year’s award will focus on varietal innovation. The award will be adjudicated by a panel of experts appointed by Fiera Bolzano, the organizer of Interpoma. 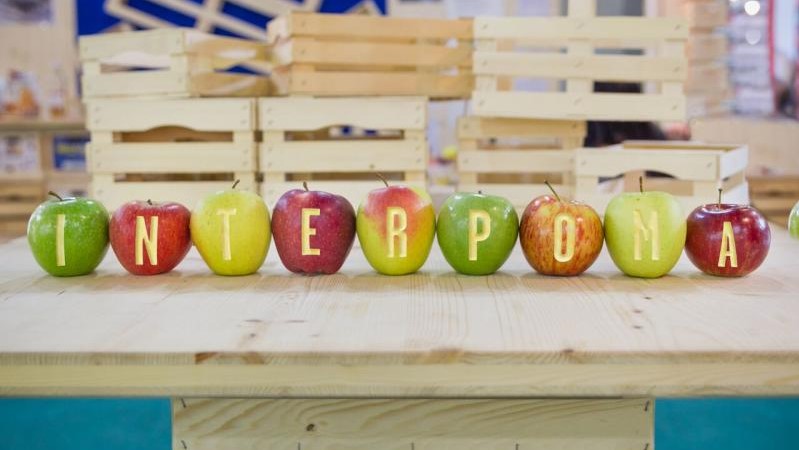 However, the addition of the Interpoma Award is not the only change in store for Interpoma. The international congress — scheduled for Nov. 19–20, the first two days of the wider event — is also getting a new look, a new name and a new coordinator.

The congress, previously called “The Apple in the World,” has always been an important reference point for industry professionals to keep up with news and trends in the global apple sector. This year, the event has been rebranded as the Interpoma Congress, and new coordinator Gerhard Dichgans will take the helm. Dichgans is an expert in the apple market who has been the director of the VOG apple-growing consortium for almost 30 years. He is taking over from Kurt Werth, the original creator and coordinator of the congress.

This year’s congress will include three sessions focusing on distinct topics. The first session will focus on the disconnect between consumer and production, touching on sustainable agriculture, social media and PR. The second session will focus on climate change and globalization, while the third will be dedicated to the U.S., a market currently undergoing radical change.

The event program of Interpoma 2020 will also feature many other offerings. These include Interpoma Taste, an area where visitors can taste apple-based products that are yet to make their market debut, and BZ Loves Apples, an initiative that will truly transform Bolzano into the city of the apple, with tastings, cooking shows and orchard tours designed to attract locals and visitors alike.