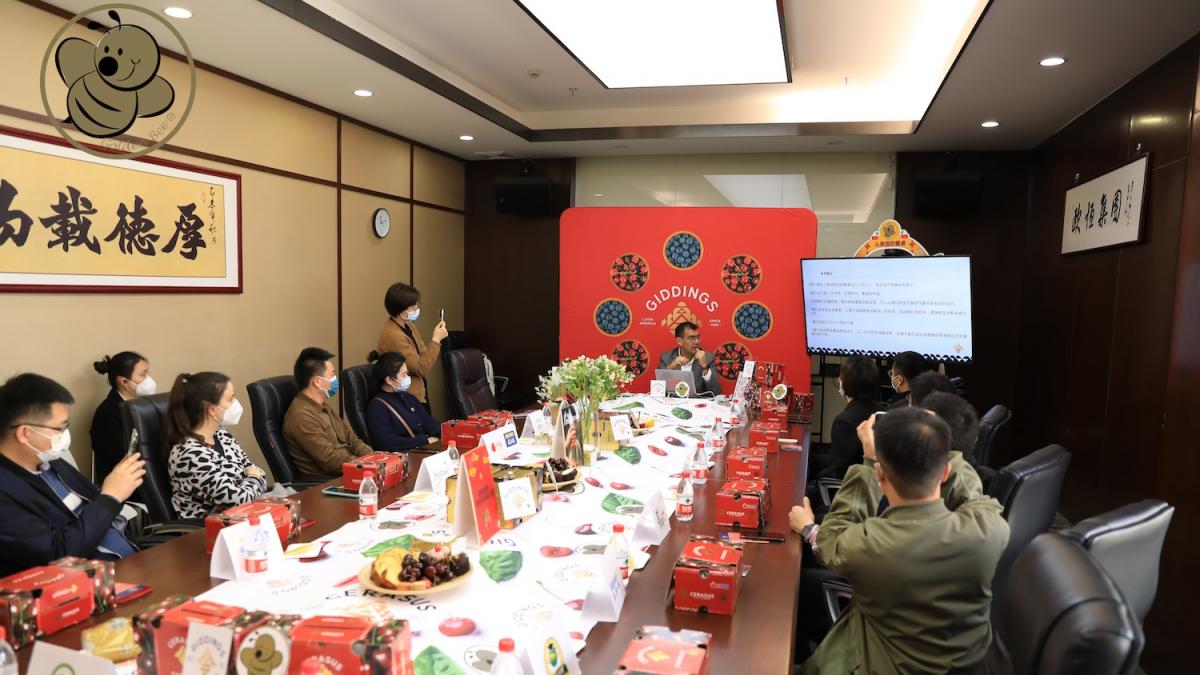 On March 10, Giddings Fruit, a Chile-based multinational fresh fruit producer and exporter, staged an event in Shanghai to present two new varieties of late-ripening cherries that the company is producing for the Chinese market with the goal of offering “quality and freshness at the very end of the season.” The event was hosted by Gonzalo Matamala, general manager of the China office of Giddings Fruit, and attended by representatives from more than 10 of China’s foremost fresh fruit importers and retailers, including Joy Wing Mau, Yonghui, Hema Fresh and Metro.

In China, Giddings Cerasus, the company’s cherry and plum brand, is celebrated among traders and consumers alike, who often refer to it as “xiaomifeng” (“little bee”) after its golden bee logo. Giddings Cerasus cherries are sourced from Chile and the United States, while the berry division of Giddings Fruit sources its berries from Chile, Mexico and Peru.

The two new varieties presented on March 10 are Final 12.1 and Final 13.1, bred by German geneticist and grower Peter Stoppel. These varieties were specially developed for the China market and are characterized by being harvested up to 10 days after the Regina variety, Brix values of over 20 degrees and a Durofel firmness index of 90 degrees, according to information released by Giddings. The company hopes that the one to two-and-a-half week later harvest window compared to other late-ripening varieties will extend the supply period for Chilean cherries in China to include key holidays such as the Lantern Festival, Valentine’s Day and the Tomb Sweeping Festival, and to do so with fruit that is at the peak of its freshness. 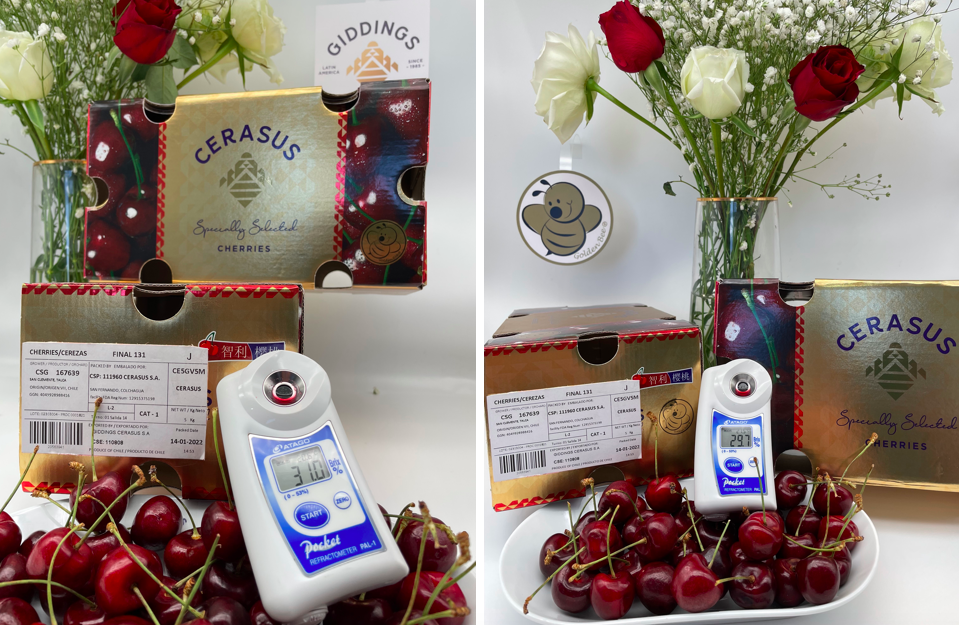 Matamala stated that the company has also been working on other new premium cherry varieties. In addition to the late-ripening varieties announced on March 10, there are also early-maturing varieties in the works to come a few weeks earlier than varieties such as Early Burlat, Glen Red and Royal Dawn. Giddings hopes to use these early- and late-maturing varieties to achieve a six-month supply window that in combination with North American production will provide an almost year-round supply of fresh cherries.

Giddings Cerasus shipped approximately three containers worth of the new Final 12.1 and Final 13.1 varieties to China this season to test the market response and determine which variety is most suited to which market segment. Next season, the company hopes to increase its output and raise this volume to 10 containers during the post-Chinese New Year holiday period.

Giddings Fruit owns 400 hectares of cherry orchards in Chile, with a total planting area of 1,000 hectares and a total output of 11,000 tons. In addition to Chile, the company’s production bases in Oregon and Washington states can produce 2,200 tons of cherries annually.

Giddings Cerasus says that its strategy in China since the beginning has been to position itself as a sustainable, trustworthy and quality supplier of fresh cherries. “Today, the Bee Brand label is among the most prestigious Chilean brands within the Chinese market and for more than five years it has also been gaining a strong position in the cherries from the United States,” said Matamala. “The Chinese market is increasingly focused on fruit quality. By this I mean firmness, flavor and eating experience. That is why we view these new varieties with great optimism.”