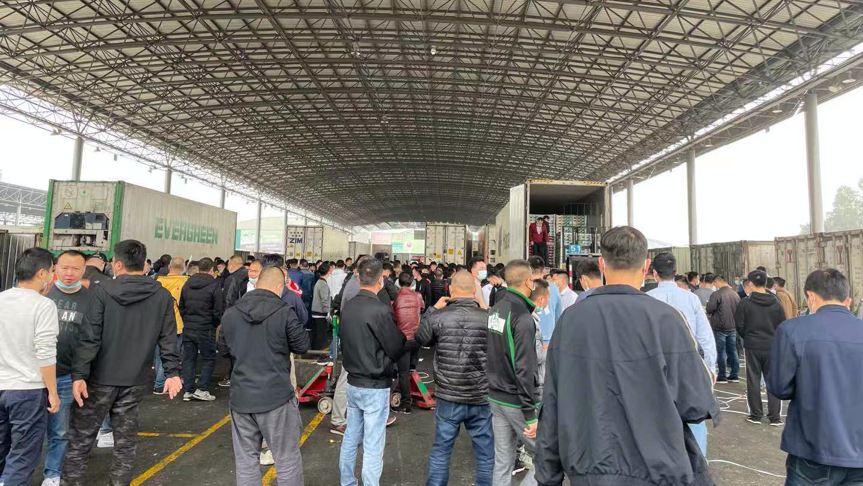 On the night of Dec. 12, the freighter Cisnes arrived in Hong Kong carrying 240 containers of Chilean cherries — the first sea shipment of the season. From there, it continued onward to Shenzhen. The shipment was primarily composed of Royal Dawn (145 containers), Santina (71), Glen Red (9), Bing (5), Lapins (2) and Royal Lynn (2) cherry varieties, mainly of size J.

After passing spot checks at Hong Kong customs that night, the first batch of three containers arrived and were opened at the Jiangnan Fruit Wholesale Market around 3 p.m. local time on Dec. 13. The atmosphere at the market was electric, as many wholesalers had traveled long distances the day before and waited all night to be the first to get their hands on the newly arrived cherries. As of the morning of Dec. 14, a total of 70 containers had been opened at the Jiangnan Wholesale Fruit Market. By 10 a.m. that same morning, the first sea shipment of Chilean cherries had already arrived at Shanghai’s Huizhan Market and been opened. 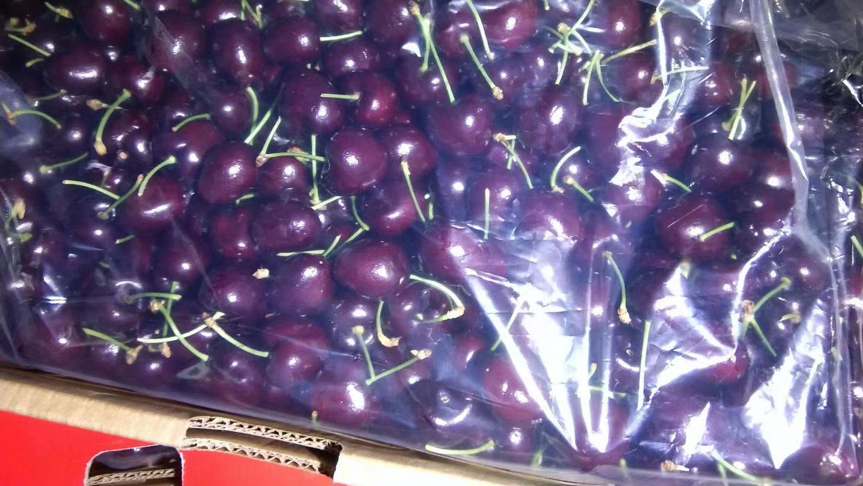 The business manager of Faikee Fruit, Feng Zheng, stated that the first sea shipment of cherries displayed good color and firmness. The majority of the fruit was of high quality and sold quickly. There are currently more than 100 containers of cherries waiting to pass through Hong Kong customs before they can arrive at local markets.

As of last week, Chile had loaded 1,036 containers of cherries onto ships bound for China. The second freighter, the Copiapo, is expected to arrive in Hong Kong on Dec. 20, while the third and fourth vessels, the Caroline and the Mol Beyond, will arrive on Dec. 22 and 25, respectively.

Chile produced 300,000 metric tons of cherries this season, an increase of 15% over last year. Chile’s Minister of Agriculture, Antonio Walker, recently stated that Chile will ship over 60 million boxes of cherries to China this season. The number of cherry shipments arriving in China will continue to rise, and by Feb. 16, 2021, a total of 32 dedicated “cherry express” vessels are expected to have arrived in major ports such as Hong Kong, Shanghai, Shekou and Nansha. The port of Shanghai alone is expected to receive four cherry express shipments in January.