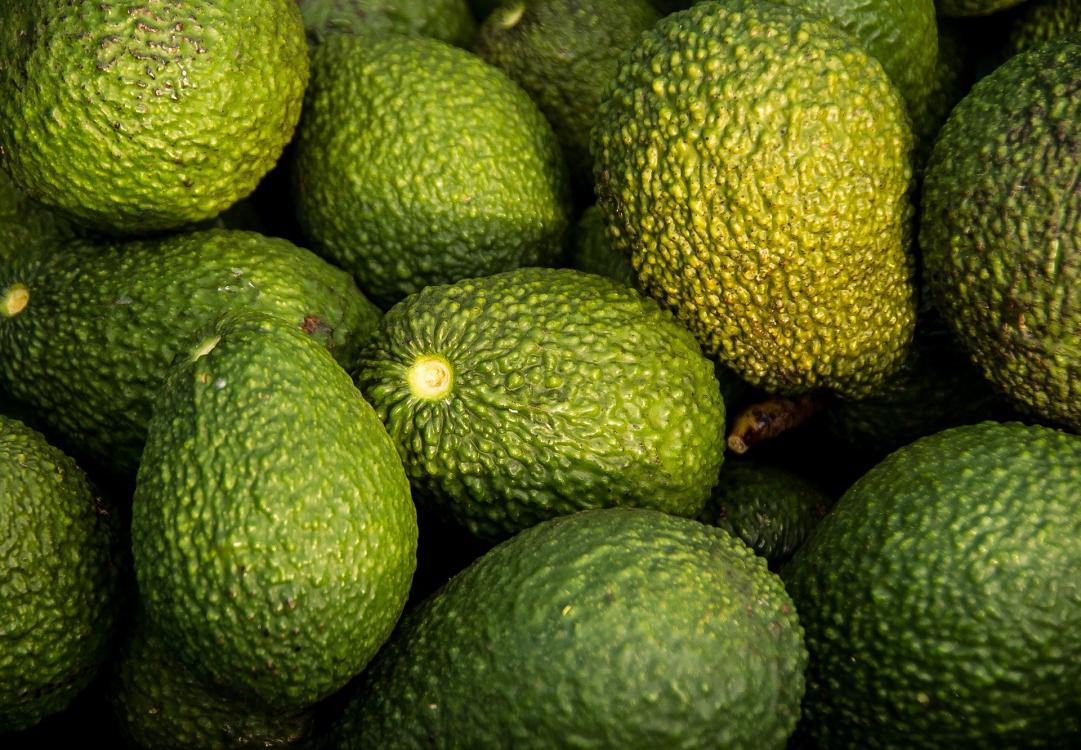 China’s demand for high-quality fresh avocados continues to grow and its avocado production and imports are expected to continue to increase in coming years, according to a recent report by China-based staff at the U.S. Department of Agriculture. Growth of Chinese avocado consumption is being driven by increasing consumer familiarity and health consciousness, with the largest consumer group being women under the age of 35 in China’s largest cities. China shrugged off coronavirus-related logistical and quarantine disruptions in 2021 to import more than 41,000 metric tons of fresh avocados, close to the record of almost 44,000 tons set in 2018.

Following is a summary of the USDA GAIN 2022 Fresh Avocado Report prepared by the Guangzhou Agricultural Trade Office:

In addition to the increase in avocado imports, domestic production of Hass avocados has also increased significantly in China. Some parties believe that domestic production of fresh avocados could reach 20,000 metric tons by 2027. Not all forecasts are so high, however. Land that could be used for avocado production is subject to competing demands, so it is still unknown how much production can expand.

Farmers have improved their growing techniques and are able to keep the fruit consistent in size and flavor; the quality of China’s domestic avocados is improving.

While there has historically been some small-scale cultivation of local varieties across southern China, Hass avocados began to be grown in China only about six years ago—mostly in Yunnan. Domestic production of Hass avocados is expected to grow rapidly in coming years.

Due to its suitable climate for avocados, Yunnan province has rapidly developed into the largest avocado producing area in China, with an estimated 4,000 hectares currently under cultivation. The largest avocado plantation in China has been established in Menglian county of western Puer—a prefectural-level administrative division within Yunnan. The scale of avocado plantings in Menglian now exceeds 3,300 hectares, with the area in production exceeding 660 hectares and current output exceeding 4,000 metric tons. Yunnan producers aim to double production within three years, but access to suitable farmland at affordable prices remains challenging, and water supply and investment in irrigation are factors that may constrain further expansion. Most avocado orchards in Yunnan are in hilly or mountainous areas, making harvesting and transportation more difficult. Furthermore, production costs—especially land and labor costs—are increasing. Growers indicate that typical production costs for avocados in Yunnan range from 165,000 to 195,000 Chinese yuan ($23,700 to 28,000) per hectare.

Many avocado orchards in Yunnan are planted on mountain slopes, where fruits at different altitudes ripen at different times, which extends the harvest window. Avocado harvesting can last from late September until early March. Although private companies and research institutions are breeding new avocado varieties specifically for the region, the main variety is currently Hass. Farmers report avocado yields ranging from 2.3 to 4.5 metric tons per hectare, meaning there is still room to increase yield.

Use of post-harvest technology is limited in China’s domestic avocado production, and refrigeration is often not used for transportation. Local dealers report no ripening facilities and avocados are either ripened naturally or stored with bananas, which can lead to inconsistent quality and high loss rates.

According to Chinese customs data, China’s avocado imports have been stable in 2022, with a small increase of 3% during January to September compared to the same period last year. The growth was driven by Peru and Chile. Peru remains the main supplier of avocados to China, followed by Mexico and Chile. The volume supplied by New Zealand, Colombia, the Philippines and the United States is low. Kenya this year gained market access to China for fresh avocados and sent its first shipments. The entry of a new avocado supplier in the Chinese market could intensify competition in the future. 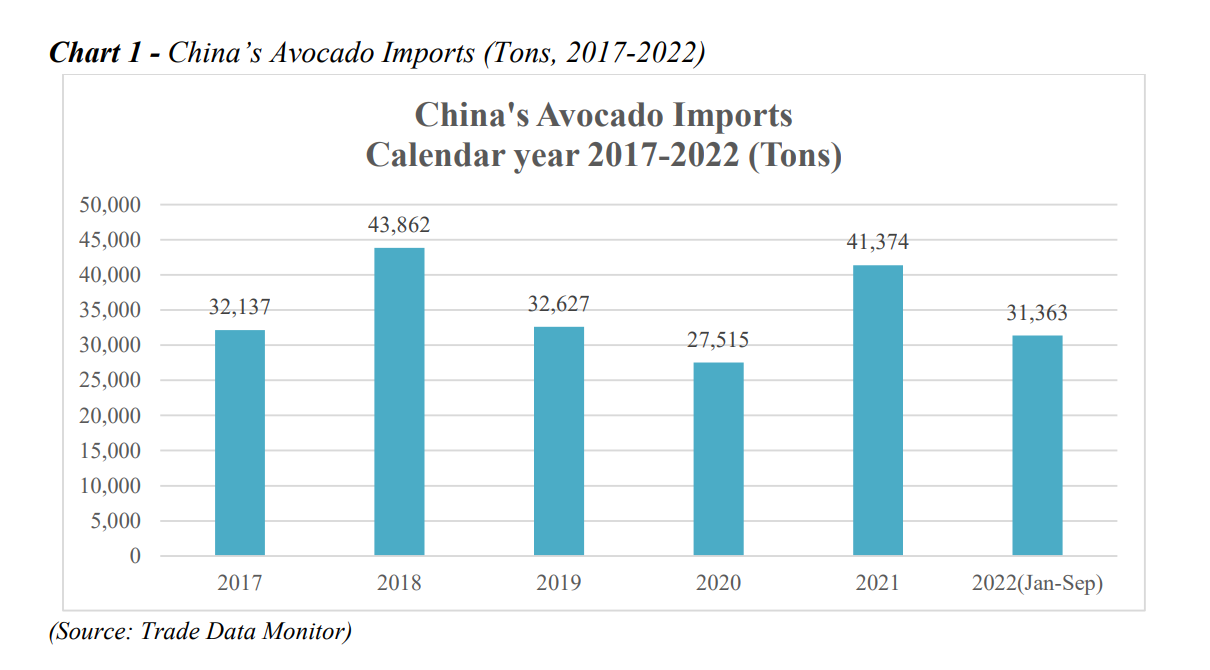 In 2021, China imported nearly 13,400 tons of avocados from Mexico and Chile, accounting for approximately one-third of the market share. Mexico was once China’s largest avocado supplier, but it is losing ground. Traders say Mexican avocados have a creamier texture, but have a relatively high loss rate and shorter shelf life by the time they reach China.

Kenya’s fresh Hass avocados gained market access to China in June. Kenya is the largest producer of avocados in Africa, with the season lasting from mid-February to November and about 40 percent of production going to export. In 2021, Kenya exported 84,000 tons of avocados. Traders in China believe that if the fruit is of good quality and reasonably priced, Kenya could become a very competitive source of fresh avocados. The first batch of avocados flown in from Kenya arrived in Shanghai this summer. Initially, Kenyan avocados were reported to be in good condition and reasonably priced (about 8% to 15% lower) compared to Peruvian avocados.