The 2019 retail season for Chilean cherries has now officially kicked off, with a retailer launch held at Changsha’s Huanghua South Road shopping street on the afternoon of Nov. 24. The launch was co-hosted by Greenery Fruit and the Cherry Committee of the Chilean Fruit Exporter’s Association (ASOEX) and coincided with the official landing of Greenery Fruit’s first charter flight of Chilean cherries at Changsha Airport. 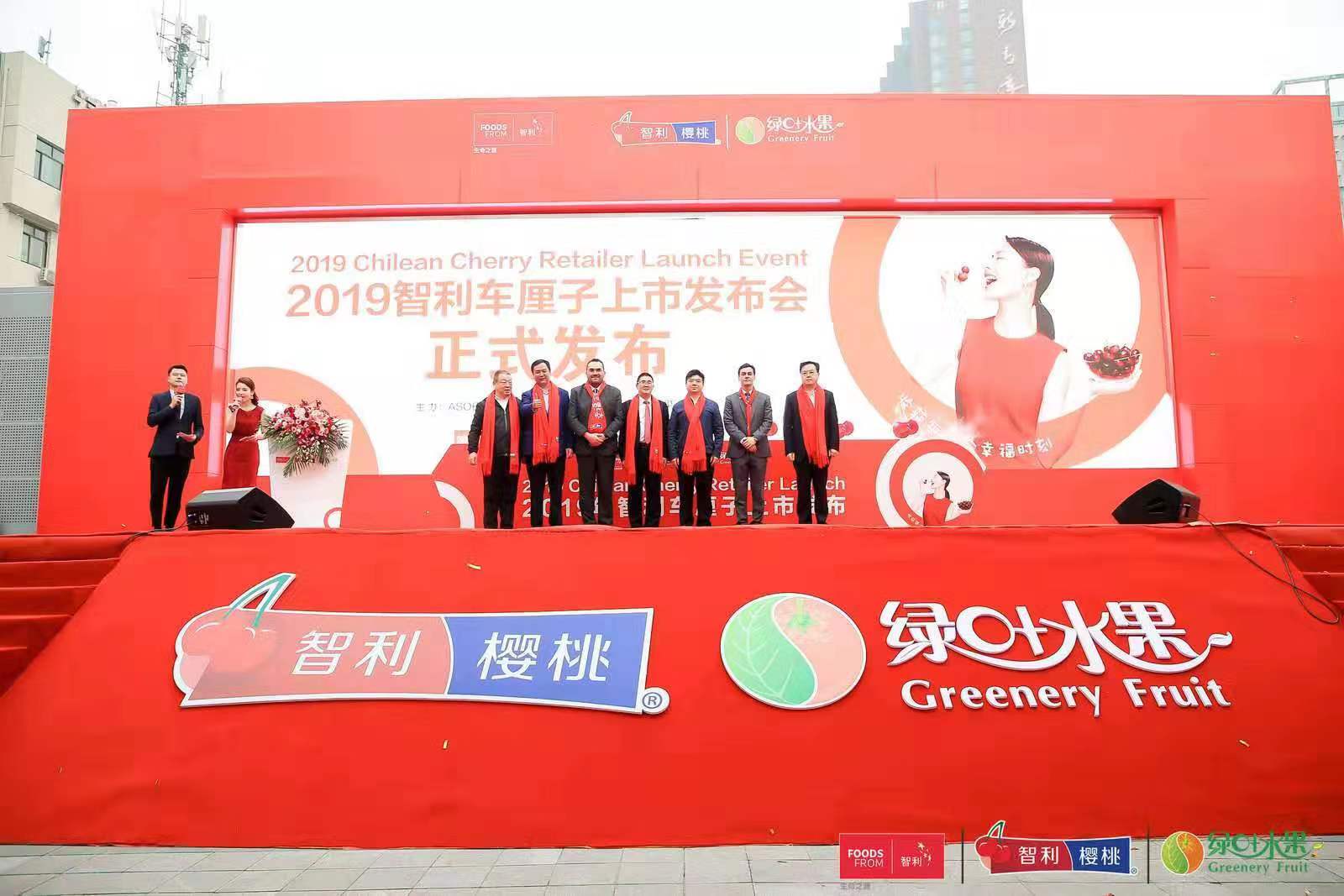 The event was reportedly the Chilean Cherry Committee’s first retailer launch in China for this season. This has made Changsha the first inland Chinese city to host a Chilean cherry launch, following events in the tier-one cities of Beijing, Shanghai, Guangzhou and Shenzhen. From now through to February next year, consumers in Changsha will be able to purchase fresh Chilean cherries from Greenery Fruit’s 550 retail outlets throughout the city.

On May 7 of this year, a dedicated fruit import inspection site at Changsha Huanghua International Airport received official approval to begin operating, with the backing of Changsha Customs. This marked an end for former distribution routes, whereby fruit imported to Hunan province had to enter the country via international ports such as Shanghai and Guangzhou before being transported inland. 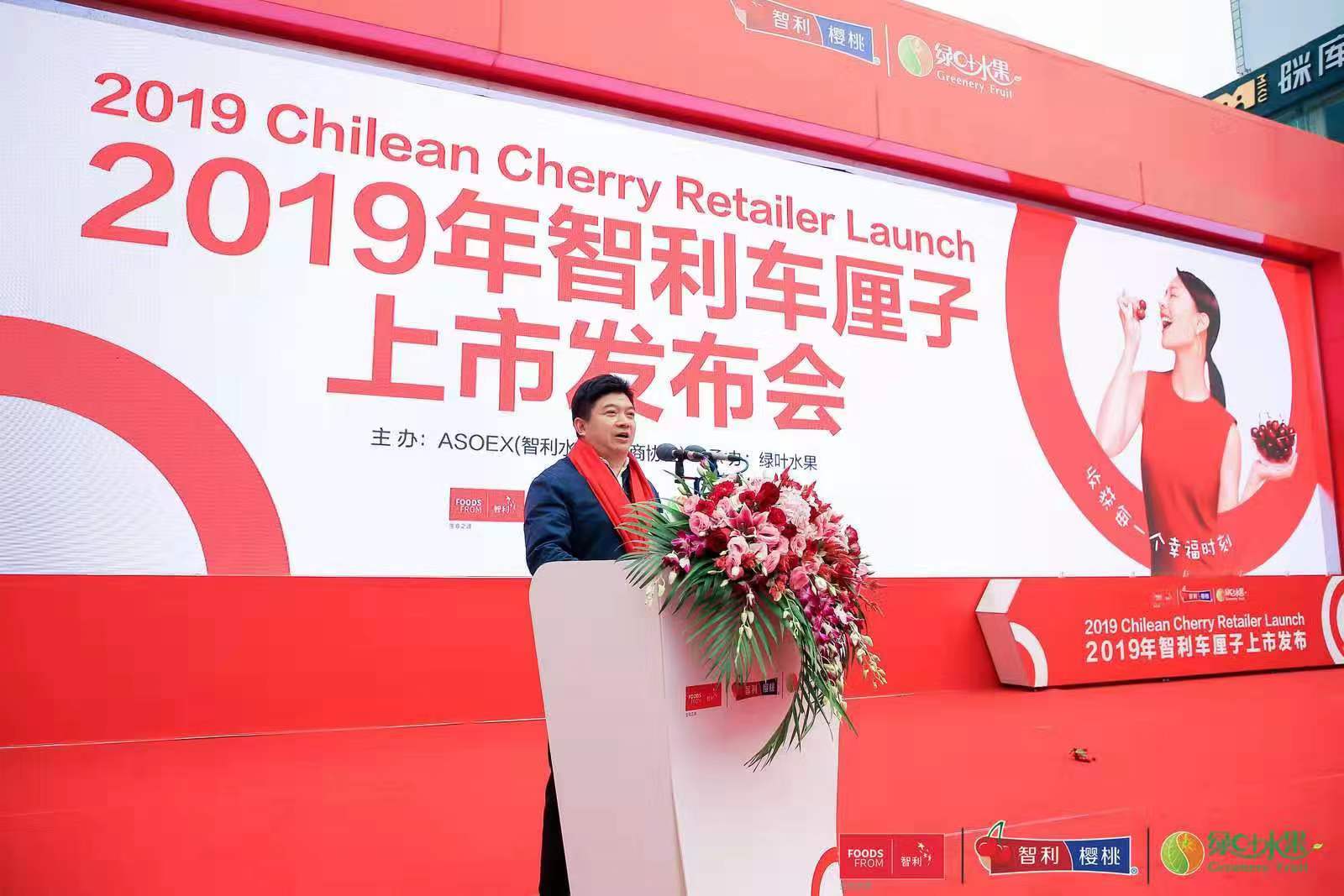 At the launch, Deputy Mayor Qiu Jixing expressed his warmest welcome to the Chilean guests, Wood and Carvajal, who had traveled in for the event. The deputy mayor stated that he hoped the event would provide an opportunity to further strengthen relations between China and Chile, make full use of the fruit import inspection facility at Changsha Airport and encourage rapid growth in Hunan province’s fruit import and export trade economy.

Carvajal also revealed some pertinent statistics at the launch. China is currently Chile’s largest cherry export market, representing over 88% of Chile’s total cherry export volume. Recent data from the Chilean Cherry Committee indicate that Chile’s cherry exports to China in the second half of 2019 will surpass 41 million boxes, a total of 209,000 tons. This represents a 16.1% increase over last year. 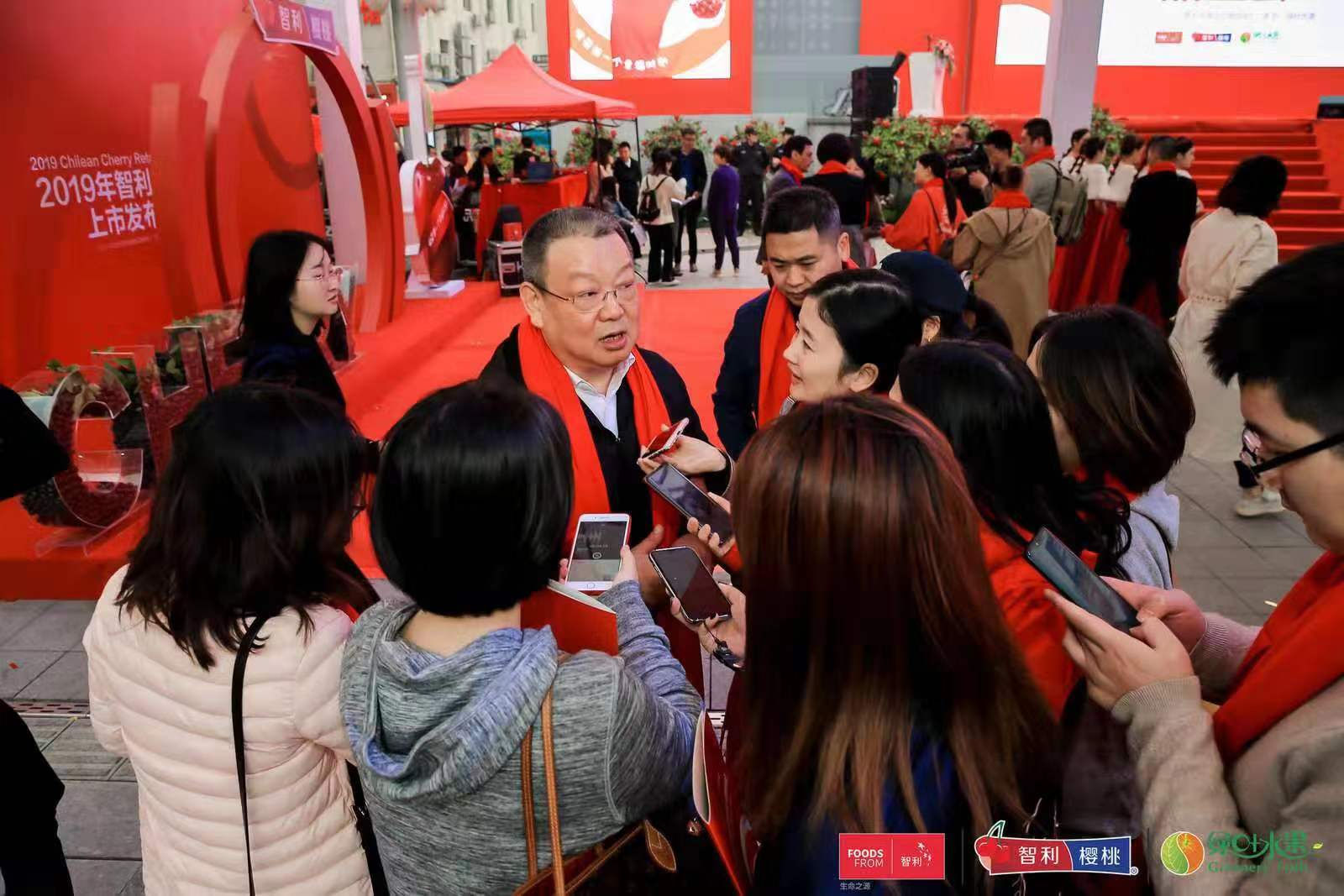 As in previous years, Greenery Fruit’s general manager, Tang Hong, flew to Chile to personally inspect the cherry crops. He has traveled to all of Chile’s major cherry-producing regions up and down the country in search of the best flavor and quality to bring to local consumers. This year was the sixth year that he led a team from Greenery Fruit on a purchasing trip to Chile.

“This year I found the best cherries at the southern end of Chile. Down south, the growth cycle is long, meaning superior flavor and quality. The Chilean cherries that you can buy right now at Greenery Fruit’s retail outlets were still hanging on the tree just three days ago. In the past, Chilean cherry shipments took 25 days to arrive by sea freight, but now, thanks to the opening of the new fruit import inspection site at Changsha Airport, they can get here in a couple of days!” Tang also stated that to ensure premium quality, Greenery Fruit only works with the top-ranking Chilean cherry brands and only sells the highest-quality Chilean cherries. 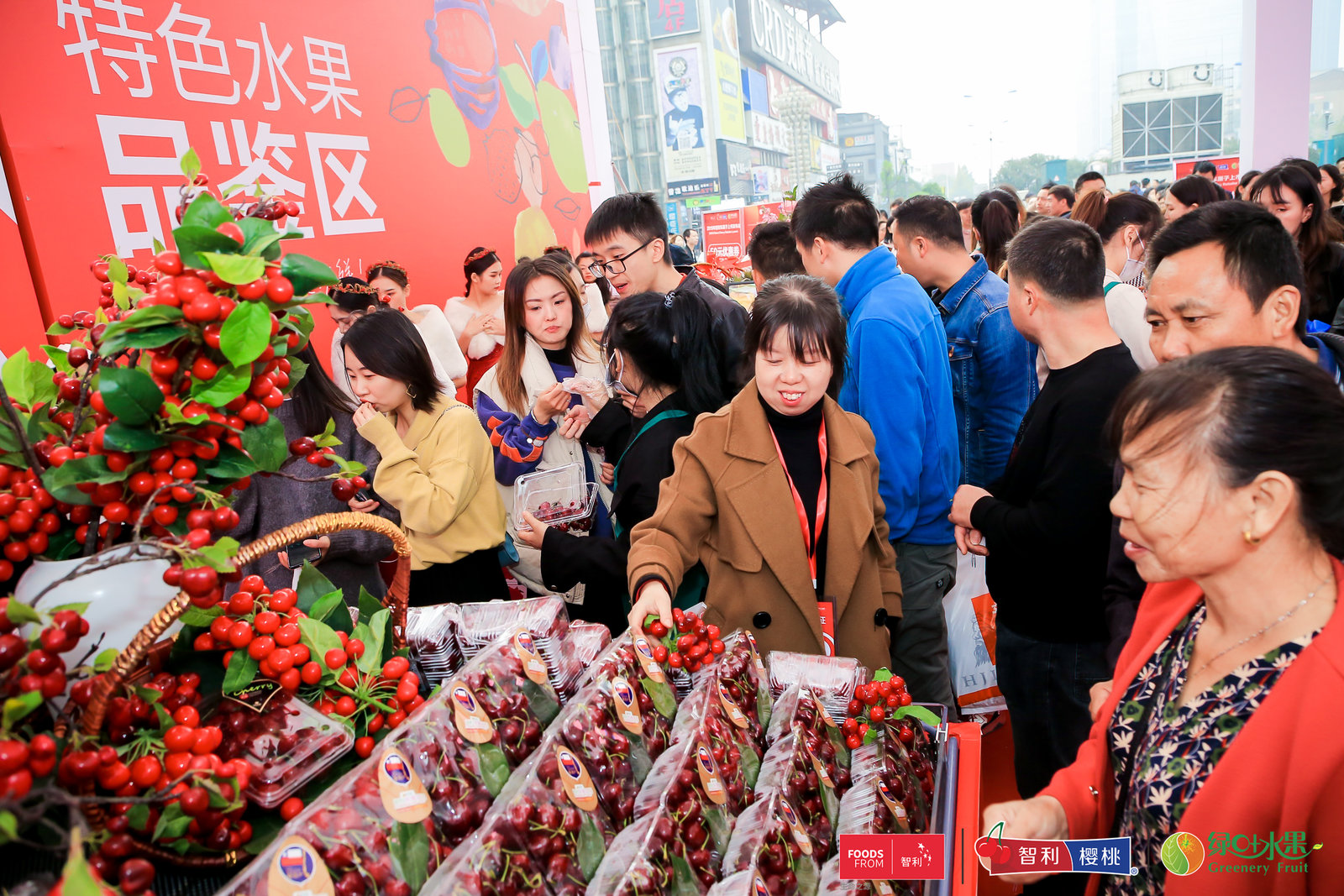 Tang also told reporters that Greenery Fruit’s sales of imported Chilean cherries have been rising by the year. In 2018, the company imported 80 containers of cherries, totaling 1.6 million kilograms and representing a 70% share of Hunan province’s cherry market. This year, the Hunan market is showing even greater demand for Chilean cherries, and Greenery Fruit is planning to import 130 containers, totaling more than 2.5 million kilograms.

Greenery Fruit is among China’s top-ten biggest fruit retail chains. With Chilean cherries now hitting the market in earnest, the recent retailer launch has officially raised the curtain on this year’s cherry import and sales season.