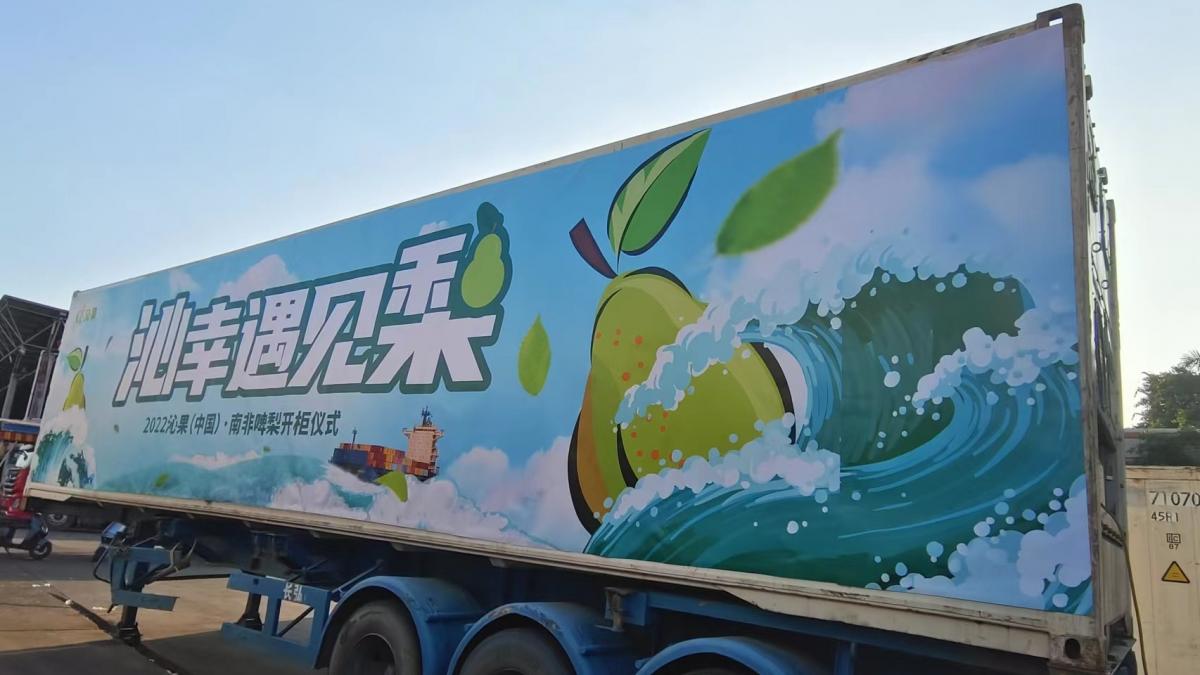 The long-awaited first ever shipment to China of fresh South African pears went on sale at Guangzhou’s Jiangnonghui wholesale market on Sept. 15. The one-container trial shipment was 18 years in the making — with South Africa pursuing market access as early as 2003 and additional delays due to the coronavirus pandemic seen in recent years.

The shipment was imported by Guangzhou Qinguo Import and Export Trading Co. Ltd. and comprised the Forelle and Packham’s Triumph varieties. These are two of the most widely grown pear varieties in South Africa; together with Williams Bon Chretien (known as Bartlett in North America), they account for 78% of the country’s total pear planting area. 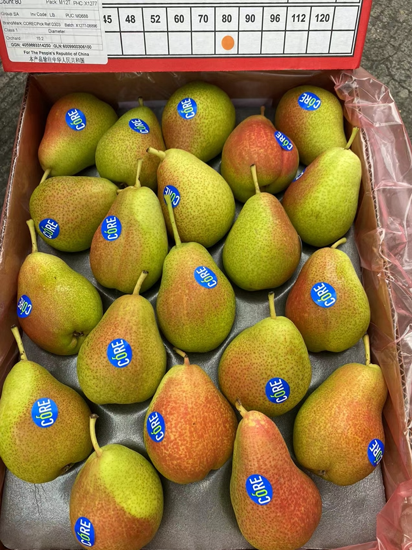 Packham’s Triumph is a sweet and juicy pear with a green skin that turns yellow when the fruit ripens. Forelle, meanwhile, is a late-ripening variety with a sweet, crisp flesh. It is green with a red blush and distinctive red lenticels. Some traders believe that Forelle is the South African pear that best matches the requirements and consumer preferences of the Chinese market. In an auspicious start, all of the Forelle pears in the inaugural shipment sold out on the spot. 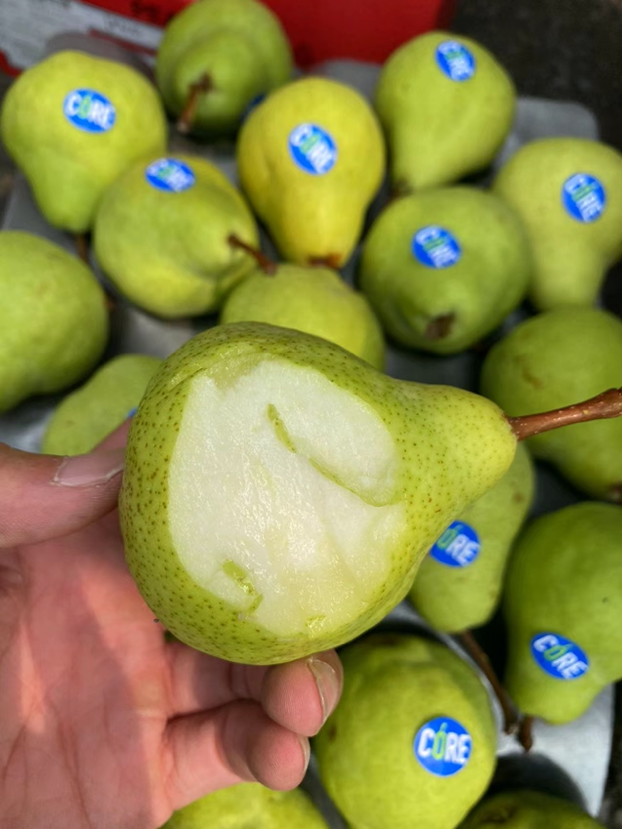 In terms of volume, South Africa is the second-largest producer of pears in the Southern Hemisphere after only Argentina — with Chile and Australia in the third and fourth positions, respectively. A representative from Qinguo said that in addition to South Africa’s counterseasonal supply, its exported apples and pears also have competitive strengths in terms of quality and price.

It has been a long road to achieve the recent shipment. In 2003, South Africa applied to Chinese customs authorities for permission to export apples and pears to China. Apples were finally granted market access in 2015 and have performed very well in China under the marketing and promotional support of Hortgro Pome, which represents South Africa’s apple and pear growers. Exports of South African apples to China nearly doubled in 2021 compared with the previous year.

However, in the case of pears, the market access approval process dragged on. Hortgro had expected that bilateral phytosanitary protocols could be signed in 2020, but the pandemic temporarily halted progress. China’s General Administration of Customs finally signed the protocols in November of last year and granted formal market access to South African pears in December. 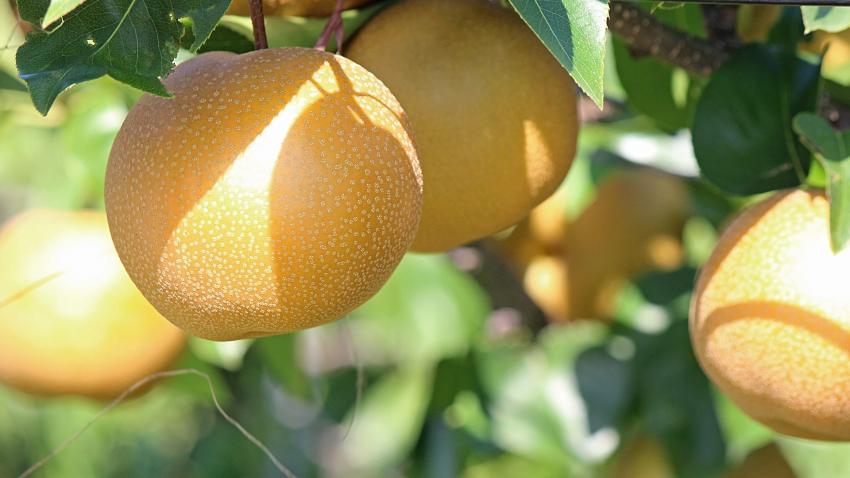