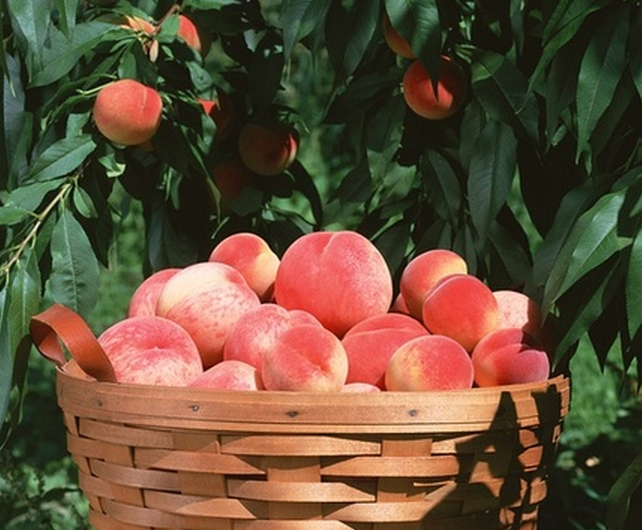 Report Highlights: China’s MY 2016/17 peach and nectarine production is forecast at 13.5 MMT, up 2 percent from the previous year as result of new bearings and increased planting acreage. Cherry production is forecast to increase by nearly 30 percent to 320,000 MT in MY 2016/17, largely due to new bearings. Cherry imports are forecast to increase 9 percent to 100,000 MT in MY 2016/17. The United States remains the second largest cherry supplier after Chile.

China’s peach and nectarine production is forecast at 13.5 million metric tons (MMT) in the 2016/17 marketing year (January-December), up 2 percent from the revised production in MY 2015/16. Production gain is primarily contributed to new bearings from increased planting acreage over the past few years. A warm but dry spring in northern China is likely to result in smaller fruit sizes compared with that in MY 2015/16. In southern China, excessive rain this summer will probably impact the taste of peaches and nectarines. Peach/nectarine production in MY 2014/15 has also been revised based on official statistics. Peach/nectarine acreage is forecast at 830,000 hectares in MY 2016/17, slightly up from the previous year. The recent expansion of peach planting acreage is expected to slow down in the wake of weak market prices during MY 2015/16 according to industry sources. Numerous peach/nectarine varieties are planted in more than 20 provinces across China but the majority peaches/nectarines are grown in northern China, with the top 3 producing provinces, namely Shandong, Hebei and Henan, taking up more than 40 percent of the share. Typically, peaches/nectarines are harvested between late May and early October. Peach yield averages around 40 MT per hectare, but yield can vary based on variety and location.

Cherry production is forecast at 320,000 MT in MY 2016/17 (January-December), up nearly 30 percent from the previous year, driven by new bearings from recent acreage expansion. In addition, a warm spring in northern China has led to a higher fruition rate in major producing provinces such as Shandong and Liaoning. Fruit sizes, however, are generally smaller compared with last year as a result of the higher fruition. Cherry harvest period is between early May and late June. However, approximately 5 percent of cherries are grown in the greenhouses, primarily in Dalian region, and are harvested in early March.

Cherry acreage continues to expand and is currently estimated at 107,000 hectares in MY 2016/17, an increase of 7 percent from the previous year, driven by favorable market returns. While cherry acreage has stabilized in major producing areas like Yantai (Shandong) and Dalian (Liaoning), crop area is expanding in mid-western provinces including Henan, Shaanxi, Shanxi, Gansu and Sichuan. Industry sources indicate that cherry acreage is expected to continue to increase in the western provinces and even into southern China over the next 3-5 years.

Cherries are still primarily produced by small individual farmers who operate orchards ranging roughly from 0.25 hectare to 1 hectare. Despite the relatively small scale of these farms, farmers often grow several varieties in order to extend as much as possible the harvest period. Because of this small scale structure, it is difficult for packing houses or trading companies to source large quantities of single variety cherries with consistent quality. As a result, grading, pre-cooling, and even cold storage facilities are not commonly used in the cherry industry unless the fruit is sold through E-commerce. Most locally-grown cherries are sorted, packaged, and transported by truck without the benefit of a cold chain. In many cases, cherries are harvested at pre-mature stage to enable longer shelf life.

Cherry farmers grow more than 20 varieties in China but major varieties remain the traditional ones like Red Lantern (similar to Brooks), Red Honey, Early Big, Early Beauty (similar to Bing), Van, Lapins, Rainier, and Samidou. Industry sources indicate that Red Lantern variety accounts for more than 50 percent of the total planted area. However, cherry growers are favoring varieties such as Early Beauty (Bing) for new plantings because of the sweet taste and properties that are suitable for storage and transportation.

Peach prices had been increasing for years until MY 2014/15 after peach production experienced a nearly 10 percent year-on-year increase resulting in over supply. Peach prices remained weak in MY 2015/16 and some farmers in northern producing areas even found it difficult to sell their produce. The early mature peaches in Shaanxi province, for example, were sold at wholesale markets at only $0.16 per kilo in MY 2015/16, down 70 percent from the previous year.

In MY 2016/17, peach prices are expected to remain lower given generally poor quality. In MY 2016/17, cherry prices continue to fall in the wake of a bumper harvest, as well as smaller fruit sizes in general. Prices for high quality cherries, however, remain strong. In Yantai, the wholesale prices for Early Beauty (or Bing) cherries weighing 12 grams or more have been placed at 30-40 RMB ($4.5- 6.0) per kilo, similar to the levels in the previous year, according to sources.

Peaches and nectarines remain popular among consumers. However, according to industry sources, the quality of peaches has declined as a result of over application of fertilizers and plant growth regulators. In some cases, farmers harvest pre-mature peaches in order to sell the fruit earlier at a higher price. All these have affected consumers’ buying interest. In Jiangsu and Shanghai areas, however, peach farmers adopt organic farming methods in order to maintain quality and command higher prices in the nearby urban centers.

Cherry consumption remains strong, particularly in traditional cherry consuming cities like Beijing, Shanghai, Guangzhou, Harbin, and Shenyang. In recent years, demand for high quality cherries, including imported cherries, is also growing rapidly in the second tier cities including but not limited to Changsha, Hangzhou, Nanjing, Chengdu and Xi’an. E-commerce, which normally applies cold chain in distribution, plays an important role in delivering such high value fruit to more consumers in major cities. There is potential to expand the consumption of this perishable fruit as distribution facilities develop.

In MY 2016/17 (January-December), cherry imports are forecast to increase by 9 percent to 100,000 MT from the revised number in MY 2015/16. Demand for imported cherries remains strong, but the rapid growth maintained in the past few years is likely to moderate as local supplies increase. The heaviest trade flow occurs during the local off-season in winter. Chile, whose supply season coincides with the Chinese Lunar New Year, the most important local festival, remains the dominant cherry supplier, holding an 80-percent market share. The United States is the second largest supplier and the volume is steadily increasing. China’s imports of peaches/nectarines are limited. With Australia and Spain both gaining market access in early 2016, China may import small amount of peaches and/or nectarines during MY 2016/17.

China’s peach exports are forecast at 110,000 MT in MY 2016/17 (January-December), up 28 percent from the previous year. Peach exports to neighboring countries such as Russia and Vietnam are increasing as the supply of locally-produced peaches/nectarines expands. In MY 2015/16, China’s peach/nectarine exports increased more than 30 percent from a year ago. China rarely exports cherries in the absence of cold treatment and distribution facilities.

There is no specific national government support for stone fruit production but support does occur at the local level. In Dailan for example, the government provides more than $1,500 per mu (0.07 hectare) for cherry farmers to build greenhouses. Dalian government is also exploring crop insurance to cover cherry production. The first pilot insurance program based on the amount of rainfall was initiated in one major production area in Dalian. Cherry farmers will pay 50 percent of the premium ($315 per hectare) and the remaining 50 percent will be subsidized by the local government. In the event that rain causes fruit skin to crack, the insurance company will compensate for the damages.

On May 27, 2016, China’s General Administration of Quality Supervision, Inspection, and Quarantine (AQSIQ) announced that Turkish fresh cherries will be allowed to enter the China market.

On June 8, 2016, AQSIQ announced that China and Australia has signed a protocol to allow locally produced nectarines to enter each other’s market with immediate effect. Based on a Free Trade Agreement between China and Australia that took effect on December 20, 2015, import tariff for Australia-origin fresh peaches (including nectarines) will be reduced to 4 percent on January 1, 2017, compared with MFN tariff of 10 percent.

On May 18, 2016, AQSIQ announced that China and Spain has signed a draft protocol to allow Spanish fresh plums and peaches to enter the China market. It is not immediately available when the protocol will become officially effective, but Spain will soon become the first country to export fresh peaches to China.