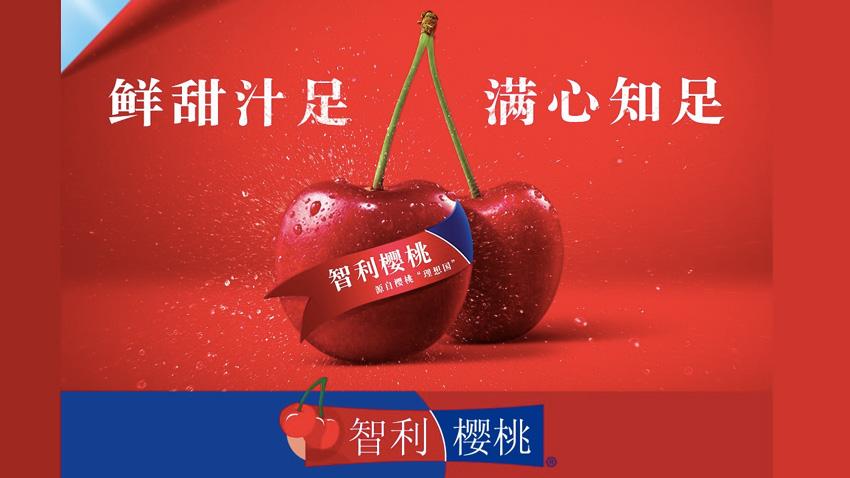 In an exclusive interview with Mr. Charif Christian Carvajal, Marketing Manager of Chilean Exporters Association (ASOEX), Produce Report learnt that Chilean Cherry Committee, which is associated with ASOEX, would embark on a major marketing campaign in China for this current season. This campaign would employ both online and offline promotions and multi-channel marketing tactics covering both retail and wholesale sectors. The scope of the promotion campaign reflects the significance of the China market.

Chilean Cherry Committee told Produce Report that major media advertising campaign was being planned not only for the major cities of Beijing and Shanghai but also for certain second- and third-tier cities. Subway poster ads, LED video displays inside upscale residential apartments and outdoor video walls would be employed. In addition, the committee would also post its advertising onto the main domestic online video sites – something new to China’s produce market.

It is particularly worth mentioning that Chilean Cherry Committee would also cooperate with Tmall.com and JD.com, the two largest e-commerce platforms in China, to promote Chilean cherries. During the recent DOUBLE 11 (November 11) sales event, many online produce retailers on these e-commerce platforms arranged pre-sale (procurement after consolidating received orders) of Chilean cherries, realizing hefty sales results and making Chilean cherries top of the list of all fresh produce sold. For example, Yiguo.com’s flagship store, hosted in Tmall’s fresh produce site, sold a total of 15,150 4-kilo packs for 168 yuan (USD24) each. ASOEX further endorsed the event by launching a “Buy Cherry and Visit Chile” promotion – to increase Chinese consumers’ understanding of Chile’s ideal growing environment and advanced plantation methods for cherries.

Apart from online marketing programs, Chilean Cherry Committee is stepping up its efforts to penetrate traditional retail outlets. Promotions at more than 10 supermarket chains including Sam’s Club, Walmart, Olé, and Vangard etc., with more than 210 outlets in total across the country, have been planned. Kick-off has already been conducted, by the importer/distributor Joywingmu Co., at the Rainbow Shopping Center and Sam’s Club in the city of Shenzhen, Ito Yokado Department Store in Chengdu, and Olé Supermarket in Shanghai. Chilean Cherry Committee would also cooperate with Pagoda, the retail chain specializing in fresh fruits, in promotions. Promoters would be deployed to various outlets to introduce the fruit to shoppers.

According to Mr. Christian, ASOEX plans to enhance Chinese consumers’ knowledge about Chilean cherries and hence develop the China market through its marketing activities. Distributors and retailers wanting to participate in these activities may contact him by mail: ccarvajal@asoex.cl, and obtain more information about Chilean cherry’s marketing program.